Ranked first by value and volume in Mergermarket's 2015 league tables, Clifford Chance provides integrated cross-border, multi-disciplinary support to its PE clients. The judges were particularly impressed with the breadth of the firm’s PE client base as well as the volume and nature of the transactions Clifford Chance advised upon - including a number of deals with LPs co-investing directly with managers. In 2015/16, notable transactions in the UK included CVC's acquisition of Carlyle's stake in RAC, Cinven's disposals of Guardian Financial and of AMCo and Equistone's acquisition of Gaucho. In its award submission, the firm also highlighted that its work expanded beyond traditional private equity houses, advising alternative buyers on major UK transactions such as USS's disposal of Moto Group and Baupost's investment in Bakkavor.

Judges said: Clifford Chance are at the forefront of the industry, and their winning the public vote confirms it 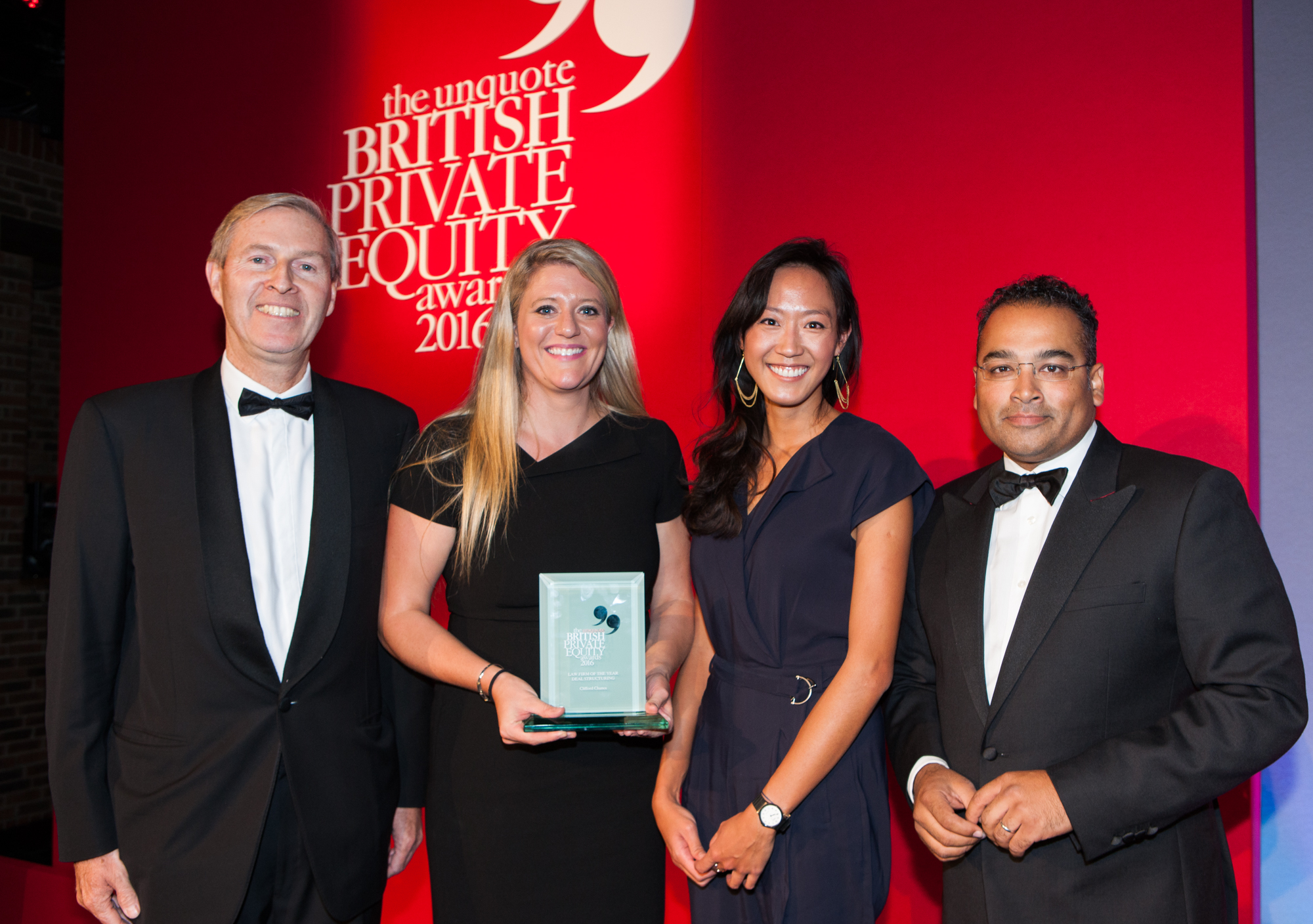